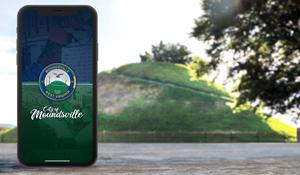 The New Vrindaban community near Moundsville began construction on the Palace of Gold in the early 1970s for A.C. Bhaktivedanta Swami Prabhupada during his visits from his home in India. Alas, the religious leader passed away in 1977 before it was completed. Members of the Hare Krishna community converted the palace into a memorial, inviting the public to come visit it and its beautiful grounds. The New Vrindaban Holy Dham is set in the beautiful and peaceful Appalachian Mountains in the rural West Virginia Panhandle. This spiritual community has been a place of pilgrimage for many thousands of visitors each year.

The palace is a feast for the eyes – its splendor earning it a nod from CNN as one of “8 Religious Wonders to See in the U.S.”